This guide will provide resources to free and open education resources 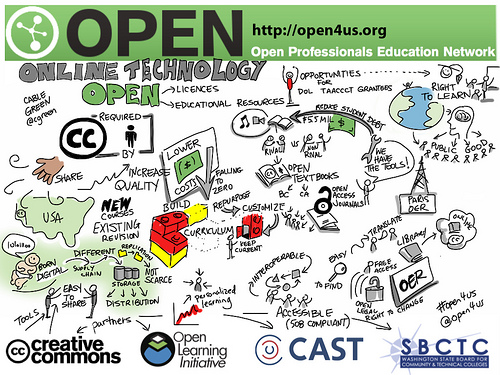 According to UNESCO: "Open Educational Resources (OER) are any type of educational materials in the public domain, or released with an open license, that allows users to legally and freely use, copy, adapt, and re-share.  This means that anyone can legally and freely copy, use, adapt and re-share them.  OERs range from textbooks to curricula, syllabi, lecture notes, assignments, tests, projects, audio, video and animation."

Open Educational Resources was started as a movement by educators worldwide. It was funded by grants and private donations (particularly from the William and Flora Hewlett Foundation, which has given more than $110 million in support of OERs).  The OER movement has attempted to bring into the educational process groups who were traditionally shut out, including K-12 teachers, scientists and engineers working in the industry rather than in academia, and those who aren’t fluent in English.  The OER movement’s goal is to make education available to everyone around the world (particularly those in the developing world, who could not otherwise afford an education, as well as self-learners).

The OER movement has become an institutional movement with early pioneers such as the Massachusetts Institute of Technology putting an increasing amount of course material which includes complete course lectures online. (By 2010, MIT’s OpenCourseWare site contained material for approximately 2000 classes in more than 30 academic disciplines, and more material is still being added; as of 2013, material is available for approximately 2150 classes.)

Prestigious educational institutions, such as Harvard, Yale, Stanford, Carnegie Mellon, and U.C. Berkeley, have begun to make  some of their educational content freely available online.

Generally, completion of an institution's OER material does not allow those who access the material to receive degrees, certificates, or course credit, and users no not have access to the institution's faculty members. An exceptions to this, would be an institution like, the Khan Academy, which provides access to more than 4400 videos on a variety of topics, awards badges to people who complete various tasks on the site. In May 2012, MIT and Harvard announced edX, a learning platform that may award certificates for people who demonstrate mastery of edX course material.

The worldwide educational community met in September 2007 in Cape Town, South Africa and produced the Cape Town Open Education Declaration, a document advocating the continued development and sharing of OERs in support of worldwide education, particularly in developing countries.

Currently, there are more than 300 institutions in more than 30 countries around the world that are creating or using OERs.  OER material is available in more than 10 languages.

What can I do with OER? 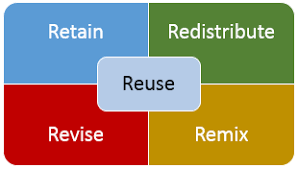 Retain - Make, own, and control (download, duplicate, store, and manage)

Reuse - Use the content in a wide range of ways (in class, study group, website, video, anthology, in software)

Remix - Combine original or revised content with other material to create something new (mashup, anthology, package)

This material is based on original work by David Wiley, and you can download, edit, and share the original for free under the terms of the Creative Commons Attribution 4.0 license from: http://www.opencontent.org/definition

Open Education and the Future

OERs from Colleges and Univerities

The following are some repositories for open materials developed by colleges and universities:

OER In the News