Harrison B. Wilson Archives and The African Art Gallery at NSU: Collections 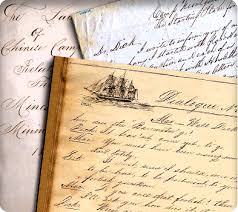 Bell Family Papers -- Donated by the Norfolk YMCA.  The Bell family was a very prominent African-American family in Norfolk during the first half of the 20th century. Charles Bell, Sr. (Husband of Lucy Barnes Bell). Charles Bell was a custom tailor for 52 years.

Berry Family Collection -- Donated by Dr. Leonidas Berry.  Dr. Leonidas Berry was born in Woodsdale, North Carolina on July 20, 1902. He was the son of Rev. Llewellyn L. and Beulah A. Harris Berry. Rev. L.L.. Berry was a minister in the African Methodist Episcopal Church.

Civil War Letters Nov. 1963 (25 items) -- A group of seven letters totaling 25 pages written by a confederate woman and her daughter in Portsmouth to their son and brother at war.

Collins, Herbert M. Papers -- Mr. Herbert M. Collins, businessman and political activist is a prominent resident of Norfolk, Virginia.  He is the owner and operator of Long's Market, Inc., located at 1214 Ballentine Boulevard.

Diggs, Ruth -- Dr. Ruth Diggs was the Head of the Special Education Department at Norfolk State University and a national leader in her specialty.

Free Black Papers -- Donated by Tommy L. Bogger contains extensive data on free blacks in Norfolk and the surrounding counties from 1770's to 1860.  Most of the collection is comprised of handwritten notes and photocopies of documents.

Goss, Jocelyn P. Papers -- Jocelyn Goss was a retired professor in the English Department at Norfolk State University and the author of two books.

Greekfest/Laborfest Papers -- Donated by Ms. Carolyn W. Bell.  There are newspaper articles concerning the riot and the extensive preparation by the city and the Laborfest Committee to avert future clashes.

Harper Illustrations -- A total of 107 sketches depicting scenes in Virginia from the 1850s to the 1880s.

Jacox, Cal Collection -- Cal Jacox, a Norfolk native and former athlete at Lincoln University in Missouri, served as sports reporter and columnist at the Journal and Guide for 25 years.

Jaffe, Louis I. Papers -- "St. Vincent's project for Negro College, 1945-1949." These papers are photocopies from the originals at the University of Virginia Library, Special Collections Department.

Marshall, Herbert A. Scrapbook, 1952-1968 -- This collection of news articles, photographs and programs not only documents the civic and social life of one of Norfolk's leading citizens during the fifties and sixties.

Morris, William R. Collection -- Documenting a prodigious career that spans more than fifty years, the 56 cubic feet of records in this collection reflects the rich legacy of an African-American who was intricately involved in all aspects of the housing industry.

Robertson, D. Robert Papers -- Robert D. Robertson was born in San Francisco, California in 1898.  He worked as a labor organizer.  In 1943, he and his wife, Norfolk native, Roberta E. Johnson moved to Norfolk.

Robinson, William P., Sr. Collection -- William P. Robinson, Sr. served as a professor and administrator at several colleges before returning to his native environment in 1962 to establish and head the Department of Political Science at the Norfolk Division of Virginia State College.

Schlegel, Marvin Collection -- Dr. Marvin Schlegel retired as a history professor at Norfolk State University after many years of teaching and writing.

Tildon, Hollis S. and Laura Papers -- Hollis Sidney Tildon served as professor and department head of Foreign Languages, and Chairman of the Division of Humanities and Communication at Norfolk State.

Watson, Willie Mae Papers -- A collection of writings by a very prolific teacher and administrator who retired from the Norfolk Public School System.

Women's Council for Interracial Cooperation (1945-1969) -- Donated by Marian Palmer Capps (1,532 items). On Friday, 27 April 1945, an interracial group of women met at Ohef Sholem Temple, upon the suggestion of Mrs. William T. Mason to establish a group to work for better race relations. 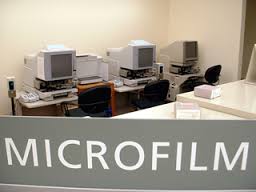 National Association for the Advancement of Colored People, Records on Microfilm

The collection of the Harrison B. Wilson Archives and Gallery, which functions separately

from the library, focuses on local African American history and on the history of Norfolk State

University.  The collection, which includes over 2500 books, also includes selected papers of

former NSU faculty, copies of theses and dissertations of graduates of NSU’s master’s and

doctoral degree programs, and photographs, microfilm, and documents related to local and

The Harrison B. Wilson Archives is a rich source of primary documents for

students, local historians and other researchers. The Gallery provides a venue for visiting

exhibitions of art and historical artifacts. The Archives Reading Room has many individual, familial, 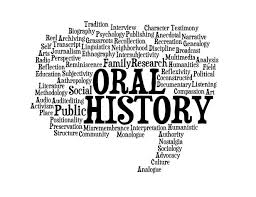 During the summer of 1993, 1994 and 1995, the Duke University Center for Document Studies had twenty-five graduates students from fifteen universities interview 1,238 people in eleven states about their experiences in the Jim Crow South.  The archives at Norfolk State University was chosen as a depository for copies of the interviews.

The Oral History Collection includes the recollections of local people, as well as some of the early professors and administrators who were pioneers at the university. 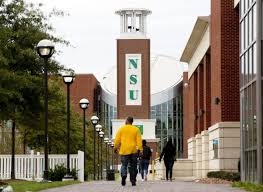